MARQUETTE, MI – George Thomas LaBlonde, Jr., 83, of Marquette, passed away peacefully at home on Friday evening, October 29, 2021, following a long and courageous battle with pulmonary fibrosis while under loving care from his family and UP Home Health & Hospice.

George was born in Ironwood, Michigan on October 17, 1938 to the late George T. and Florine D. (Taglienti) LaBlonde, Sr. George was a life resident of Ironwood until his retirement from active service with the US Army Corps of Engineers. as a colonel with over 30 years of selfless and distinguished service on June 30, 1990, when he and his wife, Sharon, moved to Marquette.

George graduated from Luther L. Wright High School in 1956 and Michigan College of Mining and Technology in 1960, with a bachelor’s degree in mining engineering while receiving a second lieutenant commission in the US Army Corps of Engineers. He also received a Masters of Engineering (Construction) from Purdue University in 1965. He was a graduate of the US Army Basic and Advanced Engineering Officers Course, Engineer Officer Instructor Training Course. , Engineering Officers Procurement Course, Course, Department of Defense Language Institute (DOD) (Vietnamese), Army Command and General Staff College (CGSC) and US Army War Middle School.

His assignments included a period of service in West Germany as a section chief, company executive officer, company commander and deputy operations and training officer in the 10th Engineer Battalion, 3rd Infantry Division ( mechanized) and two tours of duty in the Republic of South Vietnam as an engineer advisor: the first as a captain with the 21st Engineer Battalion, 21st Infantry Division, Army of the Republic of South Vietnam (ARVN) , in the Mekong Delta and the second as a major with the Consultative Engineering Staff, Military Assistance Command Vietnam, to the Chief of Engineering, ARVN in Saigon. Between tours in Vietnam, he was Assistant Professor of Military Science, Army ROTC Department, Michigan Technological University (MTU) for three years. His main duties during this period were as the Department’s Second-in-Command, the Senior Instructor for Engineering and Leadership subjects for Junior Year Cadets, the Executive Advisor for K Company, the 16th regiment of the company of honor of the scabbard and the blade. , and the Karl Hanson Student Post Executive Advisor of the Society of American Military Engineers. In addition, he was President of the MTU Faculty & Staff Association for the 1969-1970 academic year and Secretary of the Faculty & Staff Bowling League for two years.

He was honored for his distinguished service to the university and to its students by being inducted into the Phi Kappa Phi Chapter of MTU in 1970. After graduating from CGSC, he became Assistant District Engineer of the District of St. Paul, North Central Division, where he assumed responsibilities. for civil engineering work in the State of Minnesota and parts of North and South Dakota, Wisconsin, Upper Michigan and Iowa, as well as for the Mississippi River from its sources in Minnesota, up to ‘at Lock and Dam No.10 in Gothenburg, Iowa.

His next assignment was at ARMISH MAG in Tehran, Iran, as the Foreign Military Goods Sale / Military Assistance Program Advisor to the Imperial Iranian Army. This was followed by promotion to the rank of lieutenant colonel and reassignment to the ARMISH MAG staff as an engineer adviser to the Chief of ARMISH MAG and the Chief of Engineers of the ARMISH MAG. staff of the Supreme Commander of the Iranian Imperial Armed Forces. Upon returning to the United States, George served in the Facilities Engineering Division, the Office of the Chief Engineers in Washington, DC, and in the Pentagon as an Engineering Staff Officer. His greatest achievement in this position was as an Army Staff Representative on a Joint Staff effort that successfully rewrote DOD Directive 1315.6, Engineer Support to the air force abroad.

He then commanded the 52nd Engineer Battalion (Heavy Combat), 43rd Support Group, from September 1978 to April 1981, then served as Director of Engineering and Housing, Fort Carson, Colo., And 4th Division of Infantry (Mechanized), Colorado, before attending the US Army War College at Carlisle Barracks, Pa., in September 1982. He followed this period of service with a posting as Senior Army Advisor to the Adjutant General of the Pennsylvania National Guard at Fort Indiantown Gap before assuming command of the U.S. Army Engineering School Brigade at Fort Belvoir, Va., where he was responsible for the direction, training, maintenance and upkeep of six various battalions made up of 5,600 soldiers and their equipment.

His last tour of duty was as Deputy Division Commander / Chief of Staff and Division Engineer for Civil Works, Missouri River Division, Omaha, Nebraska, where he coordinated resource development water supply and emergency operations in the 529,000 square miles of the Missouri River basin, one-sixth the area of ​​the “less than 48.” In addition, he has overseen hazardous and toxic waste design and remedial action projects across the United States.

George married his high school girlfriend Sharon Ann Wright on June 13, 1959 at Wesley Methodist Church in Ironwood. They were lucky enough to have their first child, a baby girl, on June 26, 1960, whom they named Margo Sue. A second child, a boy, was born in Würzburg, West Germany on January 16, 1962, named George Thomas III. George and Sharon celebrated their 62th wedding anniversary on June 13, 2021.

After retiring from the military, George was employed by United Services Insurance Company as a licensed health and life insurance agent in the states of Michigan and Wisconsin, as well as a registered investment representative with from the National Association of Security Dealers from July 1990. – September 1995. At the beginning of November 1992, he was elected treasurer of the Charter of the township of Marquette and took up his duties in this capacity at the end of November. Following the successful collection of property taxes and personal property taxes from 1992 to mid-April 1993, he resigned his position to become director of the Township of Marquette. On July 1, 1997, he resigned this post in the township to pursue other career opportunities.

In early September 1997, he accepted a position with the newly formed Superior Extrusion, Inc. (SEI). His main task was to help the DeBolt brothers, Randy and Myron, convert their dream into a vision and that vision into reality. This was accomplished in mid-December 1998, with the first successful extrusion of a solid aluminum form. While working full time at SEI, he held various positions ranging from Project Manager to Director of Administration and Engineering to Director of Administration and Human Resources.

He was predeceased by a brother, Gene James LaBlonde, in 1944 and his parents, George and Florine LaBlonde.

His greatest love was his wife and family. He was instrumental in their lives and was extremely proud of their accomplishments. Two of his dearest and most memorable moments in his life were his boat parade “Review” aboard the Relentless Pursuit at the conclusion of the Lake Superior South Shore Fishing Association’s annual Veterans Day Fishing Day on September 23, 2016, and its Honor Flight, Mission XIII, September 27, 2017, in Washington, DC, with his son. These two events made his 30 years of active service, including his two tours of Vietnam, his sacrifices and his commitment to duty, honor and homeland.

The family would like to thank Dr Steven Danek, Dr Arthur Saari, Dr John Bartlett, Laura Leckelt NP., The staff at Marquette CBOC. We would also like to thank Joe and his staff at Great Lakes Medical Center and Angels at UP Home Health & Hospice for their care and compassion.

George’s family will welcome relatives and friends on Saturday, November 13 at the Redeemer Lutheran Church from 10 a.m. to 11 a.m. A memorial service will be held at 11 a.m. in the church with Reverend Chad Ott as officiant. Lunch will immediately follow the service. Interment will be in Riverside Cemetery, Ironwood, in the spring.

Canale-Tonella Funeral Home and Cremation Services assists the LaBlonde family, where George’s memories can be shared on canalefuneral.com. 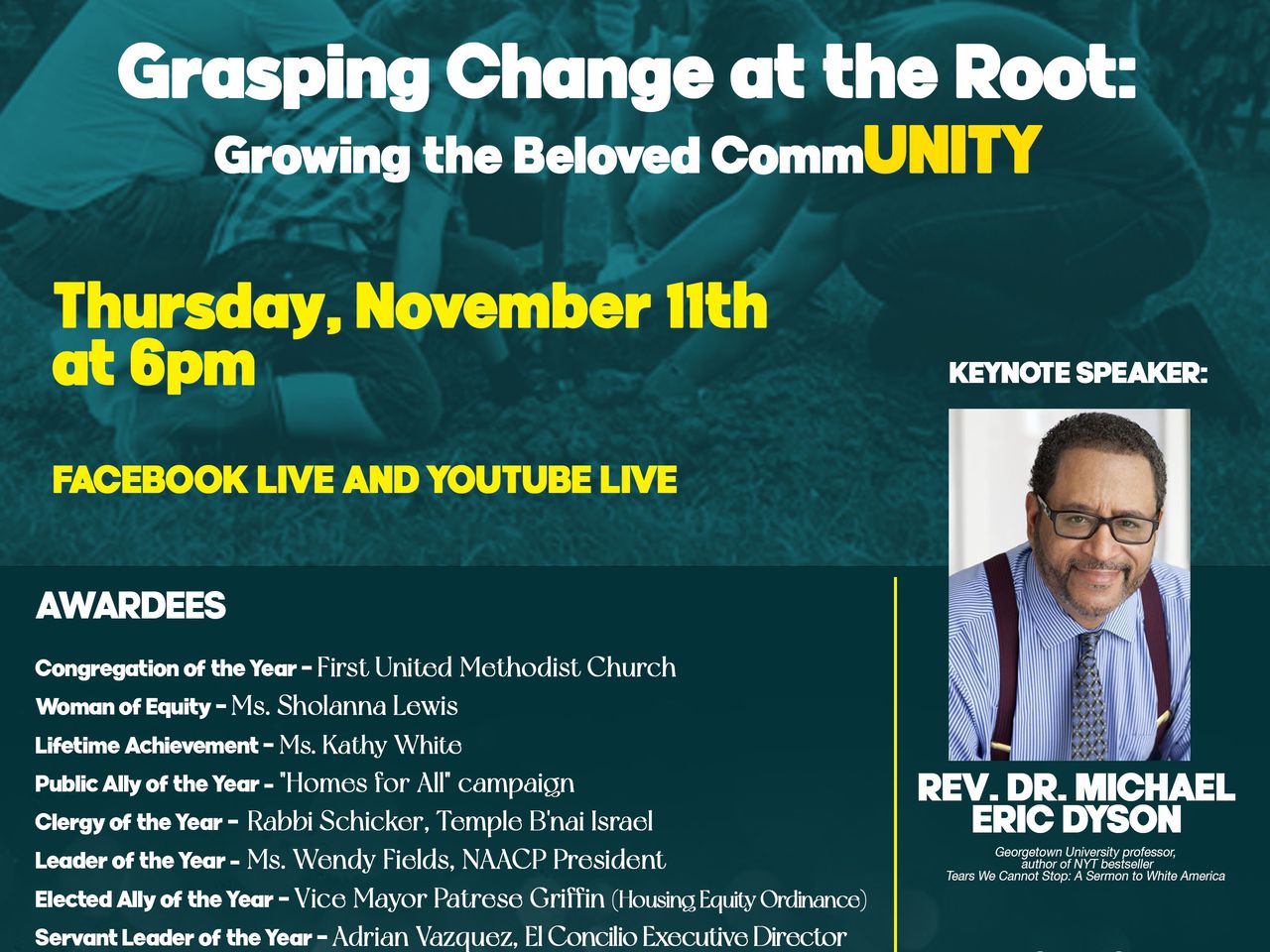